A CRUNK BOOK CLUB/CONVERSATIONS BOOK CLUB SPECIAL FEATURE
After thrilling readers by bringing back some of his most memorable characters in his bestselling novel FINAL FLING, author Brian W. Smith finishes 2008 with a new cast of characters in "Nina's Got A Secret." 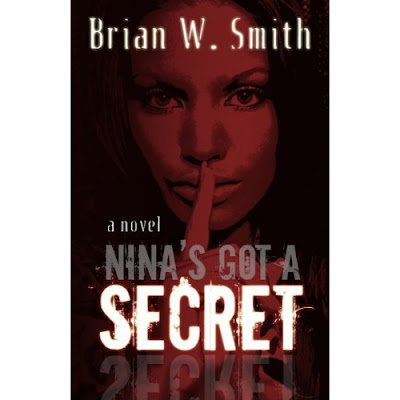 Remaining true to his ability to tell a good story and still teach powerful lessons along the way, Smith introduces us to two unforgettable characters in Nina and Larry. They couldn't be more different but their lives converge on a path that will lead to some of the highest of highs and the most debasing of lows.

The book takes you through what Nina will do to protect the lifestyle she feels like is rightfully hers, however it goes further than that. With other characters and drama emerging to spice up the main storyline, we find that at the end of the day everyone does what they feel like is necessary to get and maintain what they want in life. 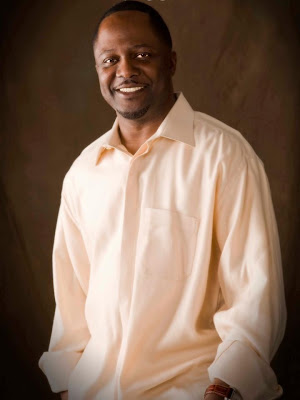 With twists and turns that are traditional from this author, this one has something for ladies and gentlemen to read and discuss. This is definitely one you will want to pass along and share with others.

Here is something that is NOT a secret: author Brian W. Smith sets the bar high with this new release, and no one can deny his talent.
Posted by Conversations Magazine at 7:08 PM No comments:

(Click article to enlarge)
Did you miss Conversations' exclusive interview with Jerome Gentry discussing his book and what he hopes it does for others?
Listen to it here:
http://www.blogtalkradio.com/conversationslive/2008/10/13/Author-Jerome-Gentry-talks-with-Conversations-LIVE


Enjoy your day. Enjoy your life. Enjoy your world. Enjoy BOOKS! http://www.thebestbookclub.info
Posted by Conversations Magazine at 3:35 PM No comments:

I have to admit that the book "Every Day Life" was not what I expected, though I would be hard-pressed to tell you exactly what I thought the book would be. 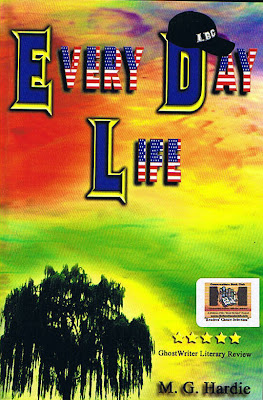 Written by author M. G. Hardie, it is billed as a work of non-fiction, yet written in the form of a play about four male friends who on the surface just seem to hang out, smoke and talk without much action. But I have to tell you that it takes just two or so pages to prove to yourself that what Hardie has managed to do is not only unorthodox, unexpected but borderline brilliance.

If there was ever a woman who said that men don't talk about their feelings, express their feelings or have a thought outside of the opposite sex, they have only to be introduced to the characters the authors introduces us to in order to see that this couldn't be farthest from the truth. Though the four of them are dealing with their own issues, including their insecurities and reactions to the world around them, the truth of the matter is that they do have THOUGHTS on what is going on and what their role in the bigger picture will be. What seems to be missing at times is the motivation to DO SOMETHING about it, and that comes in the form of sarcastic just loving encouragement from the other members of the "band of brothers".

To give you some context as to what you could parallel this story to I think the book is a mixture of THE WOOD, THE BEST MAN mixed in with the drama of your favorite Tyler Perry play. Truly something for everyone, and since the book is actually written like a play, Hardie has literally set the stage for community groups and others to use it as their manual to bring the characters to life not just through the words but through actions.

If I had something critical to say about the book it would be that not enough people know about it. Every Day Life is just that: life of ordinary men who are faced with extraordinary challenges who have to look outside of themselves to find a way to deal with them.

Conversations Book Club is pleased to announce that "Every Day Life" has been chosen as one of its Readers' Choice Selections and will be featured during the month of November 2008. For more information about the author, visit http://www.myspace.com/mghardie or contact M. G. Hardie at MGHardie@yahoo.com.

C'MON. JOIN THE ADDICTION: Get hooked on books! http://www.thebestbookclub.info
Posted by Conversations Magazine at 7:51 PM No comments: