Those who were chosen to be recognized are no stranger to the book club or the radio show, and are both respected by readers and those in the literary community as well.

It is with great pleasure that we announce Bestselling author Wahida Clark as "Author of the Year 2009-2010" by Conversations Book Club. 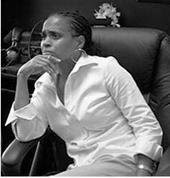 Conversations' "Author of the Decade 1999-2009" is Bestselling author John Saul. 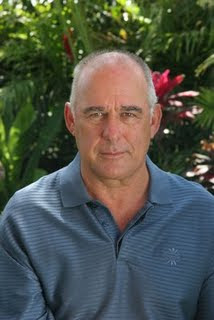 Both Clark and Saul have been guests on Conversations the radio show several times, have been featured by The Write Stuff Online Reality Show and were chosen as part of Conversations' "Literary Legends, Class of 2009-2010".

We congratulate both authors on their accomplishments and look forward to their next literary contributions. To find out more about this year's honorees, visit www.literarylegends2009.com.
Posted by Conversations Magazine at 12:47 AM No comments: 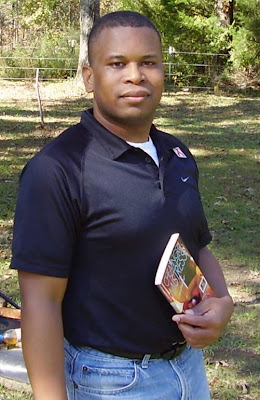 In November 2008,The Write Stuff Literacy Campaign (www.thewritestufftv.com) announced it was taking a place on the world scene to vigorously promote literacy and bring individuals as well as organizations to the battlefield, combining forces against the worldwide problem of illiteracy and apathy.

In December 2009, Founder/Mississippi native Cyrus Webb is pleased to announce that the first year of the project has been a tremendous success.

"We have worked with our literary partners across the country and reached out to others across the globe to show we are willing to do whatever we can to highlight the importance of reading," says Webb, 34. Coming from a state known for its problems with school drop-outs and illiteracy, Webb considers it an honor to be on the frontline of this important war.

Using the national platform of his radio show Conversations LIVE! (www.conversationsliveradio.com), the influence of his co-ed book club Conversations (www.thebestbookclub.info) and his webisodes created by The Write Stuff, Webb has seen tremendous support from literally every state in the country and individuals in the United Kingdom, Africa, Australia and Canada.This was evident when The Write Stuff hosted its 1st National Day of Reading that was held on Sat. November 21, 2009. The goal was to host events in all 50 states during the same time as a way to show unity on the cause of promoting reading. 40 states were able to participate, bringing together people of all backgrounds, walks of life and interests. (see http://thewritestufftv.webs.com/supportersofreading.htm )

During the final months of 2009, Webb created Do The Write Thang (www.dothewritethang.com) to combine his literary efforsts under one roof. Through it, he has reached out to and garnered support from many well-known celebrities and up-and-coming forces who want to use their influence to promote reading as well. Sponsors and supporters also included For The People Productions, Crunk Magazine, Hype Magazine, NuSouth Magazine, Industry Standard Magazine, Poetic Monthly, AG Press, HHH Magazine, HunidRacks Energy Drinks, Vitaminwater (Louisville, KY) and others.

As 2009 comes to an end, Webb is already looking forward to the events scheduled for 2010. Through his new website www.themaleoprah.com, he hopes to show that the influence and example of a person like Oprah---also from Mississippi---can be seen and felt in men as well. He will also continue his outreach to literary supporters across the globe, showcasing what can be done when people work together to achieve a common good.

For more information about The Write Stuff Literacy Campaign, contact Cyrus Webb at cawebb4@juno.com or 601.896.5616.
Posted by Conversations Magazine at 12:28 AM No comments: