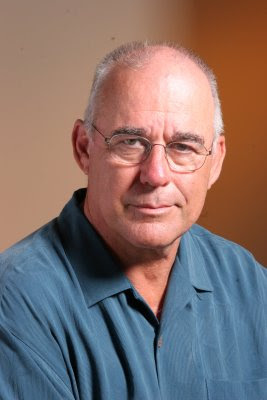 Chosen as Conversations Book Club's Author Of The Year 2008-2009, Saul will share his beginnings as an author, the release of his book FACES OF FEAR in paperback (July 2009) and his new novel coming out later this year.

To listen to the interview live, visit http://www.blogtalkradio.com/conversationslive. Have a question for the author you want answered? We will be taking calls as well!
Posted by Conversations Magazine at 5:13 AM No comments:

In this special extended edition of Conversations, Cyrus A. Webb talks to the author about his incredible career, ghostwriting for the V. C. Andrews franchise and what advice he gives to upcoming authors and those trying to remain relevant among the competition.

Neiderman's book THE MAGIC BULLET has been chosen as one of Conversations' Top 20 Summer Reads of the year.

To listen live, visit http://www.blogtalkradio.com/conversationslive or listen via the switchboard at 1.347.426.3645.

Posted by Conversations Magazine at 5:51 AM No comments:

Part One of For The People's Interview w/Cyrus A. Webb

(NOTE: This is Part One in a three-part series of our interview with For The People Productions' Chief of Staff and Conversations founder Cyrus A. Webb about the creation of his omnimedia organization and his reflection from the past six years. In what is by far his most revealing interview to date, he addresses his beginnings in the spotlight, some of the challenges and controversies he has overcome and what is next in his growing organization.) 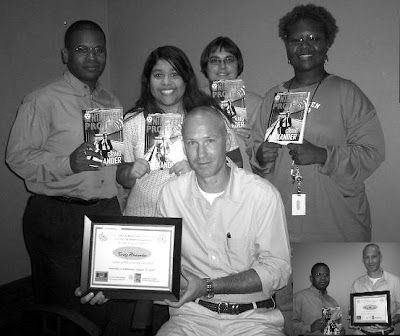 On Monday, June 1, 2009 Mississippi native Cyrus A. Webb aka C. A. Webb marked six years since he had packaged his love of thoughtful discussions into what would become known as The Conversations Brand. What began in 2003 as a radio show called Conversations with C. A. Webb talking with the movers and shakers in his home state has expanded into a national platform where people in the all areas of the arts and entertainment world can be united with their fans and supporters through a radio and television show, magazine, forums and book clubs—lots of book clubs. Under Webb, Conversations has been talked and written about in regional newspapers and magazines such as The Clarion Ledger, The Record, Mckinney Courier, Hype Magazine, and Times Picayune and in national outlets such as The Chicago Tribune, Associated Press, MTV, VH1, USA Today and more.

Since its inception, literally hundreds of guests have talked with the host and his audience and tens of thousands have tuned in to the conversations. By 2008, Webb's Conversations Book Club was considered one of the leading literary reading groups, boasting 10 chapters in five states covering all genres, cultural backgrounds and interests. To date the book club has arguably hosted more authors than any other in the country. In 2008, Webb was honored to have his radio show, Conversations LIVE! Radio (formerly "Conversations with C. A. Webb), be considered the "It" place for some of the biggest names on television, getting exclusive interviews that were not found anywhere else!

"I knew that God had blessed me with gifts," says Webb,33. "I just wasn't sure to what extent those gifts would be utilized." Before 2003 Webb was mainly known as a spoken word and visual artist as well as someone who shared his talent with the youth, but from an early age those around him knew there was more to come. "I go back and read some of the articles where those I've worked with talk about me and it seems almost surreal," he says. "Who would have known that my mission to be heard would lead to this?"

Read Part One of the interview here: http://forthepeopleproductions.blogspot.com/2009/06/king-of-conversations-celebrates-six.html

Posted by Conversations Magazine at 8:09 AM No comments: