With the world facing challenges from several fronts, it is easy to see why so many have become passive and just accept what ever comes. Billy Hallowell is not one of those people. A native of Rochester, NY, the 25 year old is using every platform at his disposal to bring attention to issues that matter to him. While some just talk about what they think is wrong in the world, he is looking for and offering solutions to those who are truly interested in making a difference.

Recently Hallowell talked to Conversations's own Cyrus A. Webb about the direction he thinks the United States is going in, his thoughts on universal healthcare, if either political party is completely blameless when it comes to how we got to where we are now and how it's not always possible to keep religion and politics away from each other. (NOTE: Billy Hallowell will be a guest on Conversations LIVE! Radio on Monday, August 31, 2009 @ 7p.m. CST (8p.m. EST/5p.m. PT. You can listen to the interview live or the podcast afterwards by clicking here.)

Here is our conversation... 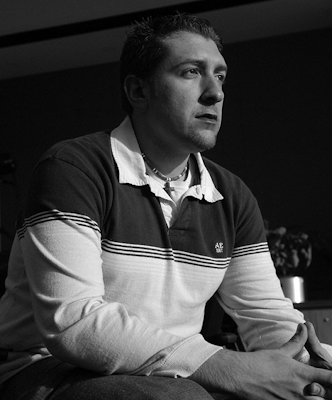 Billy, thank you for taking out time to talk with us. Can you tell me when you became aware of your ability to articulate your opinions?
No problem! Thanks for having me. In terms of my ability to articulate and discuss my opinions -- well that came with learning and time. I'd be doing a disservice to everyone around me who nurtured me if I said it was natural! I do believe that God gave me the gift of communicating, but it took the hard work and nurturing spirit of a number of key adults in my like to guide me along.

In 1999, following the Columbine shooting, I decided to get involved in the anti-violence movement. At the time, I was 15. I'd say this is where it all began (wow, a decade ago)! I started a web site called Teen Web Online, devoted to championing antiviolence, antidiscrimination and a number of other issues my peers faced. Then, as time went on I began public speaking and started my own subcontracting firm, Pathufind Media (www.pathufindmedia.com), with the goal of spreading positive messages to audiences around America. But, to backtrack -- following Teen Web, I was offered a column on SHiNE.com (no longer around). At the time they were working with MTV, so it was pretty exciting. I was able to voice my opinion on a number of issues, as the editor would nurture me through the process. This was really the beginning of the process through which I found my "voice."

From some of your writings it would seem that you have a deep interest in what's going on in the world now. Has that always been the case?
Yes, in some for, it has. It wasn't until 2003 that I really jumped into political issues. Before, it was strictly social. But, as a child I dreamed of being a journalist. Media and current events have always been my passion.

Politics and religion are not always easy topics to discuss, yet you tackle both. I'm curious as to when you realized what your convictions were and felt you had to stand behind them.
During my last year of undergraduate studies in journalism and communications, this really resonaned with me in a more concrete form. Sure, I was always defending my beliefs throughout my college years (it's not easy being a conservative in New York City...or in college for that matter), but it was the end of college that brought it all to a head for me. I am a Christian and a political conservative. While religion and politics should be separated (not every Christian has to be a conservative), there are many interconnections between the two. Tackling issues of faith is immensely important. Without context, we can't properly understand terrorism, or many of the issues America and the international community face, for the matter. Because my faith is so important to me and because Christianity, Islam and other faiths are so misunderstood, tackling both is only natural for me. For all of the separation that should exist between politics and religion, there are overarching and overlapping pieces we just can't ignore. And I don't intend to. When I graduated college, my analysis of media and politics led be to believe that people of faith are rare in the newsroom and that journalists continue to misrepresent and miscalculate. I'd like to change that.

The world has changed alot in our generation. Since young people were such a big part of our last Presidential election, do you think that shows that they are paying more attention to what's going on around them?
Unfortunately, no, I don't. I wish this could be counted as an indicator, but for them to be paying attention they'd need to understand the issues at hand. Let's face it, neither party is 100% innocent. Both played roles in our current crisis and both sides are completely unwilling to compromise. But, what we see from young people is a total rejection of Republican ideals -- many of which were the basis for the founding of this nation. To me, paying attention to what's going on would mean a more healthy distribution of party support. Furthermore, if they were paying attention, they would be concerned about fiscal issues. I can't tell you how many young people -- my own friends -- have said "We need universal health care." Yes, I agree -- we should all have access to health care, but what they aren't concerned about is how it will be payed for. Social Security and Medicare are in peril and they don't even realize it. The reason? They were so excited about Obama that they missed the beat. The media didn't do a good job of questioning, etc. And now, here we are, two trillion dollars more in debt than we were twelve months ago. Voting for Obama because he's "cool" just shows that this generation needs a wake-up call. We're going to bare the brunt of this spending, so we need to be more issue-based.

What about you? How do you feel about the direction that the country is going right now?
I'm very disappointed by President Obama's actions. He's taking on too much, making impossible promises and making a bad fiscal situation even worse. I didn't vote for him because I heard what he said he'd do and I simply don't think his plans will prosper America. And if they do for the short term, it will be the long term financial future that's at stake. I think he's a wonderfully nice guy based on what we've seen, but his philosophy is far-left. Again, the Republicans made plenty of errors and spent well beyond our means, but to increase this spending with major programs quickly facing extinction -- and to do so with every move so calculated and partisan -- the Obama movement isn't right for America.

That brings us to how you share your own thoughts and those of others of others as well. Tell us about the platforms you use?
Sure, thing. I have a web site -- www.billyhallowell.com -- as well as an online TV show that aims to get the GOP back on track. It's called RENEWtv and it airs on Mondays. I also write for a number of other publications -- Family Security Matters, Urban Conservative, Front Page Magazine...to name a few. In terms of actual tools, I use WordPress! I absolutely love the platform. I've used Drupal and a number of others as well.

At the end of the day, Billy, what do you hope you add to the conversation going on around how this world can be a better place?
I want to ignite discussion. I can't tell you how irritated my friends get. I have literally no conservative friends in New York. I'm the only one. And since I'm passionate about politics, you can imagine how much fun it is for my friends to chat with me about current events! That said, I hope to keep conversations going, to expose wrong-doing when it occurs and to work hard as a commentator and journalist at getting the truth out in the open. I simply hope to add my voice. And I hope to encourage my generation to look outside of the liberal "autopilot" it has set itself on, to a more diverse set of potential ideals.

What advice would you give to those who are not taking advantage of the opportunities they in front of them?
Take action! Use every resource around you. We need people to make their voices heard. Just be respectful in the process. It's not even about what side you're on. If you have a message and you want to make an impact, use your voice to peacefully do so. Don't sit idle. This nation needs its young people -- and old alike -- to get involved. While I'm not a big Tea Partier, I get the movement and I support the basic tenants. Contrary to popular belief, the movement isn't all Republicans. Many Democrats and moderates are taking part too. Not making a difference when you know you can is lame and it puts your nation at a disadvantage. We need everyone to be involved!

What's next for you?
I will be freelancing, hosting RENEWtv and starting up as editor of UrbanConservative.com. Additionally, I am writing a book for young Christians called REACTION Time. And no, it's not political! I made myself promise not to write anything overtly political in it, as I want young people to read it and use the book as a tool to incease their Christian faith. Additionally, I am working in development with a Christian ministry in the NYC area. This keeps me grounded and is a blessing, as I am able to really work in both areas of interest -- politics and my faith.

Thanks again for your time. How can our readers find out more about you online?
Please visit www.billyhallowell.com and www.ournationrenewed.com!
Posted by Conversations Magazine at 4:23 AM No comments:

NOTE: Words in ( ) are not included in the above word search. For more information about our literacy campaign, visit http://www.dothewritethang.com.

Posted by Conversations Magazine at 4:39 AM No comments: