Our Conversation with Author Dante Moore

It will go down as one of the most talked about, controversial books of 2008—and the author’s name, Dante Moore, will be on the lips of many, for both the good and bad. THE RE-EDUCATION OF THE FEMALE is published by Strebor Books and takes us into what is wrong with the thinking of today’s women from a self-described “masculine, educated black man.” Moore’s book covers everything from relationships, the female’s view of manhood and the issues that have divided the sexes for years. Our conversation will definitely get your attention, and the book will get you talking whether you agree with him or not. 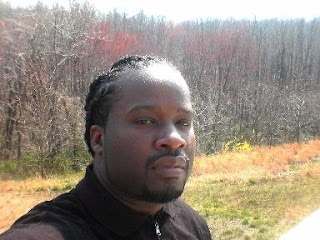 Dante, thank you for taking out the time to talk with us. Before we get into the book, tell our readers a little about yourself.
I’m just your everyday above average brother from the Washington D.C area.. I’m a father, a history buff especially Black history before slavery and of course an author.

Your debut book THE RE-EDUCATION OF THE FEMALE. It is definitely filled with a great deal of discussion pieces that we will get into, but I want to know what prompted you to write it as a first project? What prompted me to start the book were the questions about men from my female friends and also the misconceptions that Black women have about Black men. Today’s black woman has no idea what it takes to have a successful relationship with a black man or any man for that matter. They are clueless..

In a lot a ways I feel sorry for some of them because I know some well deserving black women will never be able to secure a lasting relationship with a man because of the things they were taught growing up and their current way of thinking.

When I first heard about the book, the first thing that came to mind was the book THE MIS-EDUCATION OF THE NEGRO. When do you think the image of females started to be misshaped?
I could take you all the way back to the 1640’s to explain that one but let me start with this. When black women started to believe in the myths of Western society more then they believed in the black man is when our relationship with them started to decline. With all the things happening to black men in the world like police murdering us and beating us in the street, the high HIV infection rate and other incidents of racism black women should have our backs more then ever, but they don’t. Some of them actually fuel the fire of hatred towards us because they have a misguided view of the world and what a quality relationship with a man should really be.

Also I have to mention that the author of the THE MIS-EDUCATION OF THE NEGRO Carter G. Woodson is one of my hero's. 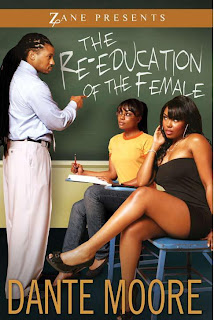 Figuratively, I’m the fly on the wall telling you all the things you wouldn’t normally here from a man. It’s up to the individual if they chose to accept it or not.

Most women probably haven’t been too successful in relationships doing it their way so what’s the problem with trying a new approach? Now it’s written in black and white giving women a little insight. If women fail to take advantage then that’s their fault but from now on they can never say they weren’t told.

One of the interesting topics in the book is discussing what makes someone a "real man". Why don't you tell our readers a little about your rationale on that. As I stated in the book I don’t feel there is such a thing as a real man, at least not by today’s woman’s definition. It’s an unattainable moniker used mostly to demean men. Rarely is it used in a positive light. It’s an enigma like Mr. Right or Prince Charming. If you ask a hundred women what a real man is you would get ten thousand different answers because they don’t know how to define or classify the term. How could women know what a real man is, because a lot of them aren’t even being real with themselves? If there ever was such a thing as a real man he’s becoming extinct and women are killing him.

There are some lighter moments in the book, but the ones that stick with me are those that focus on issues that all of us deal with. One such topic is HIV/AIDS. Why do you think black people are so eager to sleep with someone they know so little about and on top of that take risk with unsafe sexual practices? Wow… that is a really tough question. If I had the single answer to that one I would be a billionaire. I will start with the lack of education about the disease. Some people just don’t believe they can catch it.

I think black people should treat HIV like its a biological weapon being used against them. They should take every precaution when having sex with a person. Before you have sex with someone they should get tested together. Even if they both test negative a condom still should be used. I also think ID cards should be given to all negative individuals. The card should be updated monthly and have the ability to maintain of log of three years worth of past results. We need to get serious about this disease and stop hiding it in the dark when you have deceitful people out there who are purposefully spreading it.

Dante, once the book was finished, how did you decide on what you were going to do with it? I never had any doubt that the book would be published. Either by myself or a major publisher. It’s one of those things that I think needed to be said. You know what I mean? I needed to make this statement. I had to get it out there but I never really thought it would be picked up by a major publisher because of its content.

And Zane? Walk us through your book getting in her hands and how you felt working with someone of her caliber not only as a writer but a publisher. I sent the manuscript to a few publishers, Strebor which is Zane’s company, being one of them. As you probably already know sending out your manuscript can get expensive real fast. So I thought why am I wasting my time and money sending it out when I can just self publish? So I started doing a lot of research on self publishing. I got the book professionally edited, I was in talks with a self publishing company, I was working with an artist on my cover design, I had my ISBN, and everything was set. I was about a week away from self publishing and that’s when I got an email from Dante Feenix of Strebor Publishing requesting another copy of the manuscript and a photo. I really didn’t think too much of it because I didn’t know how the processed worked. I thought it would probably take them six months to read it and who knows if they would ever contact me again so I stayed on my current path. A few weeks later I got a message from Zane explaining that she was interested in publishing my book. I was impressed with this. I’d heard her name often in regular conversations, on the radio, Showtime cable network and other places. I never thought I’d be getting a call from the Queen of Erotica. I called her back and we had a conversation about the manuscript. We talked about publishing and the Strebor family. She was very down to earth and just by speaking with her briefly I learned a few things about the vision she has for her company and the publishing industry. I thought it would be good to be involved with someone with such knowledge of the industry.

Because of the way it is written, the book could easily be used in workshops or classroom-style meetings. Is this something you had in mind when you were outlining it? Yes definitely. I wanted it to be used in a forum style setting so black men and women can discuss the problems that are affecting us. We need to come together and discuss a lot of these issues described in the book because if we don’t the situation is only going to get worse.

As a father, what do you hope your children get from your journey as a man in the world they are born into? I hope my children surpass me in all ways when it comes to things like their education, happiness, relationships, ambition, business and finances. I want to use my life to teach them what obstacles to avoid and what paths to pursue. Hopefully I can do all the hard work for them and set them up on easy street so they can have access to anything their hearts desire.

Thinking about those who will read your book, what do you hope they get from it at the end of the day?I hope they get a reality check and walk away with some new information they can use to help themselves improve their relationships. I hope they learn something that can help them now and in the future. We need to come together and bring back the Black family.

We really appreciate this conversation with you. The book will definitely be one that will be talked about for some time. How can readers get in contact with you or keep up with your upcoming projects?
They can check out my website at http://www.thereeducation.com. They can also email me at thereeducator@yahoo.com. Thank you.
Posted by Conversations Magazine at 1:31 PM