He has gained a tremendous amount of respect in the literary game in a short period of time, however, with his success he is even more grounded than before. Bestselling author Kwan is enjoying the praise for his gift, but he is not resting a moment. Already looking forward to his next book to be released later in 2008, he is thinking ahead to his next move in the industry. In this interview, he talks about those who doubted him, how the business has changed and what newcomers in the publishing game need to be aware of. 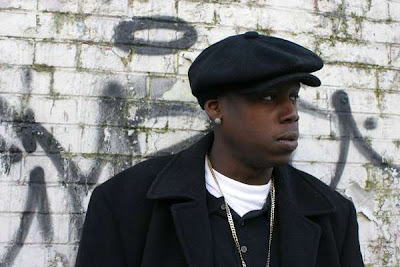 K’wan, thank you so much for taking out the time to talk with Conversations. For those who are just becoming introduced to you, tell them a little about yourself.
My name is K’wan, pronounced Kah-Won. I’m the author of several novels (Gangsta, Road Dawgz, Street Dreams, Hoodlum, Eve, Hood Rat, Blow & Still Hood) and contributing author in three anthologies (The Game, Flexin & Sexin, From The Streets To The Sheets).

You have really set a new standard for urban literature since you have been on the scene. Do you feel any added pressure with each new book?
Pressure? Good question. I mean, the more popular you become the more people expect from you. It puts you in situation where your next novel has always got to be better than your last and your numbers steadily increasing, which I think I’ve dealt with pretty well. People are always looking for you to fall off or miss a step, but thankfully I’m still hanging in there. But at the end of the day, I write for me and I write for my readers. So if they’re happy, I’m happy. I’d say they’re pretty pleased with me so far, wouldn’t you?

I have seen and read some interviews with you talking about your success. I find myself curious about how your family’s view of you has changed since the first book. Have they always been supportive of your choosing writing as a career?
Honestly, nobody believed me when I initially said I was writing a book. I was always somebody who went through different phases and changed trying to find where I fit in the grand scheme of things, so everyone assumed that this was just another phase. In the beginning the only two people who really showed support were my mother and my uncle Eric. My mother always told me that I could do what I wanted in life, and my uncle Eric would let me come to his house every morning at 5am and use his computer. I would lock myself in that little apartment from 5am to about 6 or 7pm just working. That’s how I was able to really sharpen my sword. When I had actually succeeded in getting my book out it shocked my entire family. Now they’re very supportive. My grand mother and my aunt are pleased because I was on a high road to nowhere before I discovered this gift. They’re proud of me again.

What first attracted you to writing? Did you always know that was your calling?
Not at all. My mother was the writer and I was the artist. This was how I was initially supposed to make my fortune, or so everyone thought, because I’m very good at it. I draw, paint and can work with clay. Art schools started courting me during my freshman year in high school, but I was more interested in getting rich over night than furthering my education. My first book, which was a vampire novel was written for fun while I was riding cross country in a car. Because it was only for fun, I shelved it. I didn’t start seriously writing until my mother got sick. Back then, it was my therapy, but somewhere along the lines I realized that I was pretty good at it, so my passion grew. As my mother got sicker, my talent began to increase seemingly over night. Its as if she was passing her talent along to me as a parting gift. Even after my first book came out I still didn’t see it as my calling. It wasn’t until my second or third book when I began to notice how my words touched people, and it was then I decided to take it seriously. Nine books and three anthologies later it still amazes me.

Over the past few years what is considered “Urban Lit” or “Street Lit” has evolved. Do you think the market is becoming saturated?
Very much so. When the genre first resurfaced there was only five out us doing it, now it seems like there are twenty books per week flooding the market. I don’t knock people for wanting to tell their stories, but a lot of cats are only in it for a dollar and putting out sub par material. The damaging thing about that is that it makes it harder for the truly talented to get noticed. If you only have fifteen dollar and five or six books to choose from you don’t always chose correctly. You might pick up a book that sucks and it could turn you off from going back to give another author a break. If you do it out of love, that’s fine. But if you’re just doing it because it’s the new hot thing you’re gonna fall flat on your ass. Stay in your lane, this isn’t for everybody.

Our organization has had the opportunity to work on promoting the G-Unit Books with our partner Waldenbooks. How did you get involved in that growing franchise of books with 50 Cent?
The editor at the time reached out to me through a friend of mine. They had put out I think three G-unit books, and though they were good and the authors they picked up had wonderful talent, the novellas didn’t really embody the grittiness of New York, which is what G-unit was looking for. They needed an author who could capture the New York underworld and who better than a product of the New York Underworld? So when I heard the call to arms I answered it.

You communicate through your fans a great deal through Myspace. It was there that some of us first got a chance to read some of your erotica. Do you feel as though you are reaching a new market by turning up the sex?
Yes. I think that by me doing erotica it not only presents a new challenge, but it shows people that I’m not just a street author, I can write in any genre. I am an author, period.

K’wan, tell us about the latest book.
Still Hood is the follow up to my Essence #1 best seller Hood Rat. It’s a sequel, but its an totally different story than the first. The reason I called it a sequel is because it features characters from the first one, but it’s not the same story. This one centers around a young high school girl named Dena who thinks she’s got the world all figured out, until she meets Black Ice and finds out that all that glitters isn’t gold. It’s a hard lesson about fast young girls who peruse gangsters because they’re turned on by the fast life, but the fast life doesn’t offer much other than heartache and death.

Have you been surprised as to how fans are happy you revisited some of their favorite characters and introduced them to new ones?
Not really. I knew that people fell in love with some of the characters from the old book, so I brought them back to answer open-ended questions. The book dealt with old characters, but it was really centered on the new ones like Dena, Sharon, and Shannon.

What is next on the horizon for you? Any movies in the works?
Sure, I’m gonna do some movies when people stop trying to insult my intelligence….(laughs)At the end of the day I’d love to see all of my work adapted to movies or plays, but only if its done correctly. No, you can’t have my work for a song and a dance, and no I don’t want the story to solely be about young kids with their pants hanging off of their assess shooting people up. My books are deeper than just what is on the surface of them and I want the movies to be the same.

For those who might be reading this discussion, what advice would you give for aspiring writers or those who have finished projects and might just be sitting on them?
DO NOT JUMP OUT THE WINDOW FOR THE FIRST OFFER SOMEONE THROWS AT YOU!!!!!! Nine times out of ten it’s fool’s gold. I know this first hand. This is a dirty game, or at least it has become one. Do your homework. Research the net, books, and ask plenty of questions. Check out different houses that specialize in your kind of novel and see what the criteria is, and who they have on their roster. Get at the authors and ask them about the treatment of the house and exposure. If you’re trying to make the leap into the major’s on your fist joint, which is rare, get a good agent. You have to know what you’re getting into before you jump into it. If not, you could find out that you got pimped on your first joint and it’s a mistake that will haunt you until the end of time.

Thank you again for your time. How can people get in touch with you or stay abreast with your upcoming projects?
People can contact me through my myspace page (myspace.com/kwanfoye) or email me @ kwan@kwanfoye.com.
Posted by Conversations Magazine at 1:51 PM