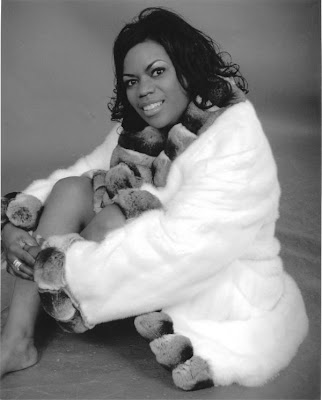 Having been crowned by her literary peers and critics as the Queen of Street Lit, Bestselling author Nikki Turner has been critically acclaimed since the release of her debut A HUSTLER’S WIFE. Now with over six volumes under her belt, she is promoting her newest bestseller: FOREVER A HUSTLER’S WIFE, the continuation of the love story that captivated her fans years ago. Picking up where she originally left her fans before, the book reintroduces us to Yarni and Des, and tells us the cost of loving hard and the consequences that come from living life in the fast lane.

In the opening author’s note to her fans, Nikki Turner surprised many with her candor as she exposed the fact that some of the story we had fallen in love with was her own journey through love and loss. She describes the process of writing the sequel as a “pregnancy” that couldn’t be rushed, and had to be carried completely to “term”, even with deadlines hanging over her.

Now the book that bestselling author Zane called “one of the most anticipated sequels of our century” is here and already living up to the hype surrounding it, topping the USA Today’s Bestsellers List and many others.

Conversations Book Club met for its regular roundtable discussion with Turner, and what followed will go down in history as one of our most thought-provoking discussions to date.

Nikki, thank you for taking out the time from your whirlwind promotional tour for FOREVER A HUSTLER’S WIFE to talk with Conversations. Let’s start at the beginning: Can you tell us when your love for reading developed and how it led to your writing?
Thank you, Cyrus, for this opportunity to talk with you and your group. I have always been an avid reader. I loved to read, but was frustrated by the fact that there were not a lot of books out there with people that looked like her and about experiences that she was dealing with. Because of that I started to write, and the book that I produced was A Hustler’s Wife. Before penning the novel, the most experience I have had writing was to my man in the penitentiary.

You came out of the gate with a bestseller. A Hustler’s Wife earned you the title of “High Priestess of the Hood” because of the realness you were able to capture. When it came to the first book, Nikki, were you at all surprised by the way that the book was received?
The success was a surprise for me in a sense, but I always believed in what I wrote. I used to tell people that I was going to be a bestselling author, so I had that kind of confidence. I just didn’t know that it would catapult me into the career that I have today.

There have been quite a few books released by you since the first novel. Did you purposely want to write about different journeys before you went back to the rollercoaster that was the lives of Yarni and Des?
To be honest, I had no intention of writing a sequel to the story of Yarni and Des in A Hustler’s Wife. When I finished writing the book, I felt a sense of closure. However, those around me wanted more, both in the business and the fans. It was because of that the second book was written.

One of the projects you did before the release of the sequel were two books with Urban Books publisher Carl Weber. The books are part of a series geared towards young women and deal primarily with everyday street life as well. How did that come about, and how was it for you?
Working with Carl Weber was a great experience! After I wrote my book Project Chick, he called me and told me about the Girls from Da Hood series of books that he wanted to do. I was honored that he wanted to work with me, and was excited about the response that the books have gotten.

Has your success really sunk in yet? I mean, out of all of the accolades you have received, does it seem real to you?
Everyday of my life is an ongoing reality check. I know that I have been truly blessed, and that I would be nothing if it wasn’t for my fans believing in me and the stories that I tell.

Going back to the story of Yarni and Des: What is the lesson you want to share with young women who might be impressed with the glitz, glamour and money that comes with street life?
When it comes to young women I want them to read the highs and lows experienced in A HUSTLER’S WIFE, and know that I am sharing with them what is the truth. Girls want what they see—but they need to see the consequences of those wants. In the second book, I wanted to show that even though you have been in trying situations that you could do well for yourself. Sistas can make their own money and lots of it, just like the men.

NOTE: After my Q&A with Ms. Turner, the group was asked if they had any questions or comments for her.

There were two moments that instantly stick out as special with this discussion.

The first was when Ms. Laura Turner, the librarian for the Medgar Evers Library, said to Turner that “When people mention the impact of authors like Maya Angelou and Alice Walker (on the face of literature) in one breath then that they are surely to mention the name Nikki Turner in the next breath.” Also present was a woman (who we want identify here) who tearfully shared her story with Turner and the group about how her own hardships in life had caused her to pen her own story. The group listened intently as she shared how her being molested as a child and beaten at the hands of the man she loved had caused her to look at her own life and search for something better. She contributed the courage of Nikki Turner to tell her own story with others through her books as a catalyst for her to try and do the same. Turner encouraged the young woman to go the extra step and share her work with the world, saying that it could be a help to other young women who are experiencing the same things in their lives.


Learn more about Nikki Turner by visiting her website here.
Posted by Conversations Magazine at 10:09 AM