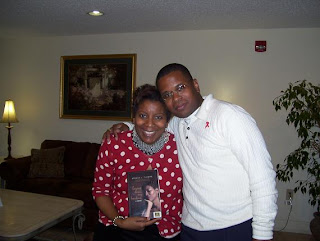 Brenda, thank you for taking out time of your busy schedule to talk with us about your life and the new book. LAYING DOWN MY BURDENS is your latest book and your autobiography. Why did you decide it was time to tell your own story at this time?
Telling this story was something I’ve wanted to do since I started drafting it in 1992 but now was the time because I was tired of hiding behind my fictional characters and was finally ready to get my story out in the open. I also felt that everyone knew of my successes but wasn’t aware of why I strived so hard to get here. And most especially since domestic violence is still shrouded in darkness.

Having your name in print is nothing new to you, but I am curious if you feel that the attention is different now that the focus is on your own life and not characters that you created?
The attention and feedback is much, much different and no way could I have made this my debut piece. As an author you have to be prepared for feedback and criticism no matter how it comes and now that I’m answering questions about my life it can sometimes be a bit sensitive cause people like to probe deeper than the book even goes. But so far I’m rolling with it because it has become a healing process for me that was unexpected.

Tell us how you mentally prepared for the project and was there any fear with this project that hasn’t come with your novels?
There was definitely fear and hesitation as to how my children would react, who actually have been my biggest supporters and were the ones who told me that the reason why I was afraid to release the book was because the threat my ex-husband had put in over 10 years ago, “if you ever write I’ll kill you,” was still in my head. 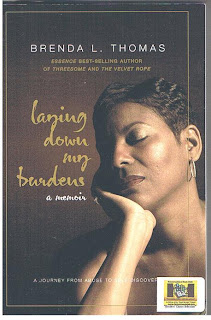 And your fans? Did you worry how they would take a nonfiction book from you when they have gotten so used to your skills with fiction?
I was somewhat concerned but I felt they’d be open regardless and now that its out they truly have been supportive that is once they get past believing that that person was really me.

Brenda, for those who don’t know much about you can you tell us about yourself growing up. Was your journey that we see now something that you always knew would happen?
When I was in 8th grade I wrote lots of poetry and was an avid reader so when asked what I wanted to be when I grew up I remember telling my teacher that I’d write an autobiography but just didn’t know what kind of life I’d have to support it. Low and behold my desire to live on the edge provided me with that story. Not one that I’ve always been proud of but one that needed to be told.

October is recognized as National Domestic Violence Awareness Month in our country. Do you think that we are giving a new look to problems of abuse in its many forms here?
I now realize that even though we hear about it in the news and know that women (and men) suffer and die from it there is still so much shame for the victim that it’s clouded in darkness. Part of mission is to shed some light on it.

And the African American community? Do you think as a people it is something that is talked about more or is it something that is still seen as taboo?
I think often we take it too lightly – it turns into barber and beauty shop talk like its no big deal i.e., “oh he was acting crazy last night,” “I had to get her butt in check, she know I don’t play.” When what they’re really saying is I was beaten last night and I beat my girlfriend last night.

Brenda, did you ever feel as though you had forgotten how to love yourself during the abuse?
Absolutely. It had gotten to the point where I loved my ex-husband more than I loved myself and I thought that if I loved him enough I could help him change. Wrong.

Where did the courage come from for you to share your story?
Actually I’m not really sure. Sometimes you just do things because you have to and since I’ve been blessed to survive then I didn’t have a choice.

During the abuse was there ever a time when you thought your story would be one that would be chronicled in a book?
I was positive, even if it was after I’d left this world.

What would you say to a woman or man that finds themselves in a situation where they have forgotten how to love themselves first?
Find your spiritual center, a God of your understanding and pray to him to show you how.

And to aspiring writers: what advice do you give to them about penning the story they have within them or feel like they have to tell?
I would tell them to start writing and don’t stop and surely don’t let anyone else stop them. And most importantly don’t let the publishing process get in there way. Focus on one thing at a time.

Thank you again for your time. Conversations wishes you nothing but continued success. How can our readers find out more about you or contact you with other questions?
www.phillywriter.com or brendalthomas@comcast.net
Posted by Conversations Magazine at 6:20 AM