Our Conversation with Bestselling author L. A. Banks

She is the true definition of a thriving brand: a growing legion of devoted fans and the diversity it takes to survive in an ever-changing literary market. Vampire Huntress creator L. A. Banks (known to many romance lovers as Leslie Banks) talks about how her literary journey has taken her into the realm of the underworld—and even participate in the Scarface franchise. 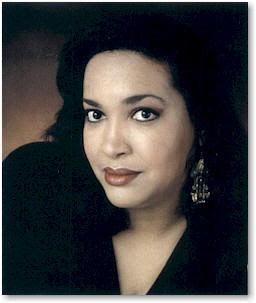 L. A., we appreciate your taking out a few moments to talk with Conversations. How did you writing career begin?
The honor is all mine! Well, it all started with me writing romance or what was considered women’s fiction. I have been blessed to be a part of some exciting projects, including the books that were based on the SOUL FOOD series. The paranormal titles came later, so for me it has all been about developing a strategy to spread my brand.

Take us back to your life before being a bestseller. What were you like growing up?
I was your typical urban teen, somewhat of a tomboy. When I turned 8 or 9 something happened in me and I started looking at the world differently. After high school I majored in business and eventually became a Xerox sales rep.

So what led you to writing?
There were a lot of things going on during that time: I was getting a divorce and was unemployed. Essence Magazine was running a writing contest with a chance to win $2,000 for the winner. With all the things I was going through I thought that was an easy thing for me to do, so I started from there. As I was writing I would share it with my friends, and they encouraged me to keep writing because they were enjoying my story that much. Believe me, they had many a laugh at my expense. I found it to be therapeutic and cheap therapy for me at the time. I became so involved that it was nothing for me to write 25 pages a day.

What have been some of the notable highlights of your career?
With my writing so many different types of books, it affords me the chance to enjoy a variety of opportunities. At one time I was signed to five publishers. One of my biggest projects has been writing the prequel to the Scarface series. They were preparing to re-release the movie so it was a chance to once again expand my reading audience.

When it comes to you as a writer, I have only read the books you have released under L. A. Banks. Talk to me about being one of the few African American female authors who have been widely received in the horror/suspense genres.
There are some people who have a problem with the subject matter of my books that I write under L. A. Banks. I don’t approach the subject matter by glorifying the evil. In my books the good always triumphs. The truth is that I have a problem philosophically with vampires, and for that reason I wasn’t trying to deal with the subject like Anne Rice and others. It was my goal to show an African American female who was taking on the evil in the world. As a mother I wanted to show that evil does exist in the world—and that as imperfect people who have to do our part to combat it.

L. A., you have managed to stay so humble in spite of all of your success. What do you attribute that to?
(laughs) When you’re climbing you don’t see the success you are making. You’re just focused on the grind. Also, having a kid will keep you grounded and down to earth.

Now that you have been in the game for some time now, do you get anxious when you’re getting ready to release a new title.
Every time, Cyrus. I always have a sense of nervousness and tend to be a little paranoid. You can’t take anything for granted, not with the industry growing and changing the way that it does. The ability to do what I have been able to do is a gift. When you start believing your own press that is when you fall.

www.vampire-huntress.com
Posted by Conversations Magazine at 7:13 AM