Bestselling author Tony Lindsay is a no-nonsense creative that has gotten where he is because of one reason: TALENT. I have devoured three of his books (Chasin' It, Urban Affair and Street Possession)--and each reads like a masterpiece by three distinct voices in the literary voice. To me, this is a testament to the versatility that Lindsay possesses, and as you will see in this interview, receiving his due has been a long time coming. 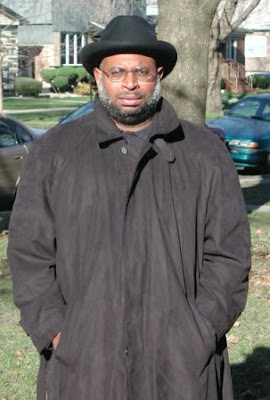 Tony, Thank you for taking out the time to talk with Conversations. You are one of the most diversified authors on the market today. To what do you contribute your writing style?
The first thing that comes to mind when I think of influences would have to be my education, I was blessed with very good teachers and college professors. I went a culturally aware grammar school, my eight grade teacher read us Stagolee and Bur Rabbit stories and we were blessed constantly by visit from Gwendolyn Brooks; such early literary exposure was a strong influence. My early independent reading was a bit different than what was read in school; Donald Goines, Mad comic books, Players magazine, Penthouse Forum all took up space in my young mind. In college I had the fantastic opportunity to study under Professors Vashti Lewis and Sterling Plumb, I was schooled during an era when Black Studies classes was a must for Black students, we studied our literature and our history. Richard Wright, Zora Neale Hurston, Ernest Gaines, Ralph Ellison, Chester Himes were my formal influences, contemporary influences would include John A. Williams, Mike Phillips, Walter Mosley, Tananarive Due, Toni Morrison, Diane McKinney-Whetstone, Jewell Parker Rhodes, Dean Phar and Toni Morrison,

Influences not from literary exposure would come from growing up urbane and with an adventurous sprit, I was always looking to get in to something as a kid and that has left with a wealth of material to draw from.

The characters you have created through each novel are both unforgettable and so real to the reader. Are their certain aspects of your own life and those you know that you rely on when writing?

As a writer I rely on my own life experiences and those I have read about and imagined.

Does it surprise you the career you have had?
Yes, I was expecting to rich by now.

If you weren't writing, do you know what other profession you would be a part of?
Some form of sales or another profession that pays you for thinking on your feet.
Tony, how has your family reacted to the success that you have experienced?
They were all surprised except my wife, she expects more.

Are they surprised that you became a writer or is this something that you knew early on that you wanted to do?
It surprised people that I have stuck to it, those that knew me were use to me chasing fast money, few were aware that I had a literary soul or driven by a writer's sprit.

Carl Weber compared your writing style to that of Walter Mosley and even Donald Goines. Does being mentioned in the same realm as these pioneers add any extra pressure to you when you sit down to write each novel?
No, when I sit down to write - my prayer, my hope, is that what is written, is the best I can make it. 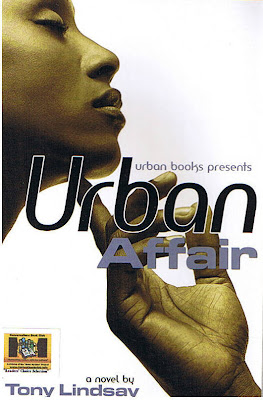 To date, what has been your favorite novel to write and why?
I enjoyed Urban Affair because it was a love story of sorts and more of my life is in it than any other book. It's not my favorite but writing it was the most fun.

I have been following your work for the past two years, Tony. As an aspiring author myself I always look for advice from others in the business that are successful. What advice would you give to others who think they have a story in them?
First of all read those that came before you, study the craft, study the market and be able to take it on the chin because you will get punched.
Posted by Conversations Magazine at 9:47 PM